The ABF were supposedly to stop individuals on the streets of Melbourne to target individuals who were committing Visa fraud, however once the general public caught wind of the situation there was a massive outcry and the public shut down Flinders Street Station.

Many were concerned that the campaign would bring with it harassment and racism as random people were going to be approached on the street and asked for their visa papers. Soon however the world took notice and the uproar soon quashed the proposed plan. 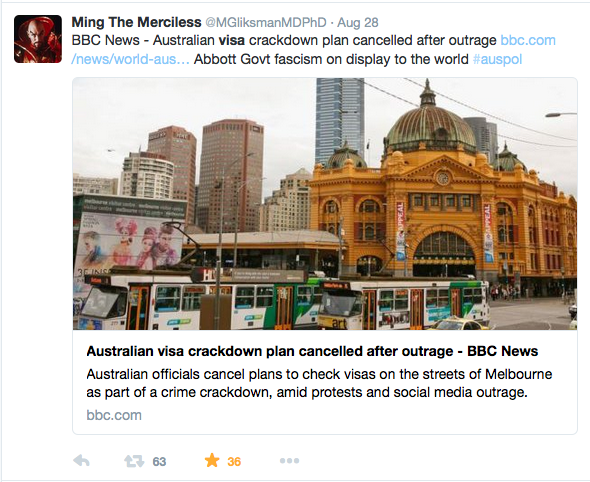 Please contact us for advice at any time, please get in touch with us by email visa@phillipsilver.com.au or phone on (02) 97085954